Africa is the birthplace of mankind and human civilization. It is also where people first made and wore jewelry. Perforated pea-sized snail shells used as beads dating back 75,000 years have been unearthed in a cave, named Blombos, on the coast of South Africa.

The trade of beads and beadwork in Africa has a long and fascinating history. Although some of the oldest known beads were made of natural material like stone, clay, plants, eggshells, bone and marine shells, glass bead production, which dominated the African economies for nearly 700 years, has been found throughout the African continent. These minuscule beads were woven into the opulent collars, headdresses and robes worn by royal family members, courtiers and those of nobility. Burial sites such in the ancient Egyptian valley of the kings has uncovered a significant wealth of jewelry and decorative artifacts which were made from glass. Imported glass beads also made their way into Africa from Portugal during the 4th Century, the unofficial beginning of Africa’s booming trade era.

Due to its long history, beads continue to play a role in many traditional rites and ceremonies such as coming-of-age, circumcision, marriage, burial, and local festivals. African beadwork is rich with symbolism in the use of colors and various motifs. For centuries, Zulus in South Africa used subtly configured patterns and colors of beads to exchange love “letters”. Beads were also symbols of social status, and extensively used in art and sacred ceremonies to appeal to the spirits. Beaded items were often used in ritual and ceremonies throughout Africa. See below some traditional uses for beadwork.

Today, beadwork has entered the world of high fashion. Often, intricate and complex beadwork is seen gracing the fashion runways of the world. The women who design and create beadwork usually work in family groups, many of the members are located in rural areas. The beadworking tradition is passed from generation to generation – from mother to daughter. Sister Source is working with these collectives to increase the visibility of this ancient skill and broaden the market for beautiful, contemporary beaded works of art. 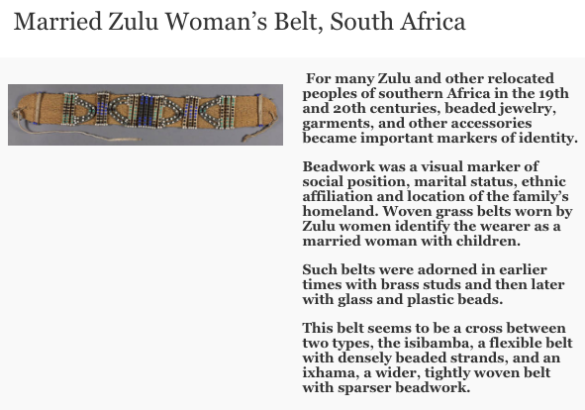 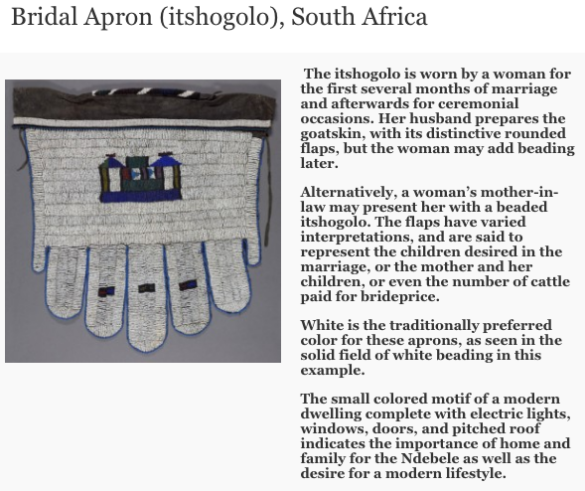 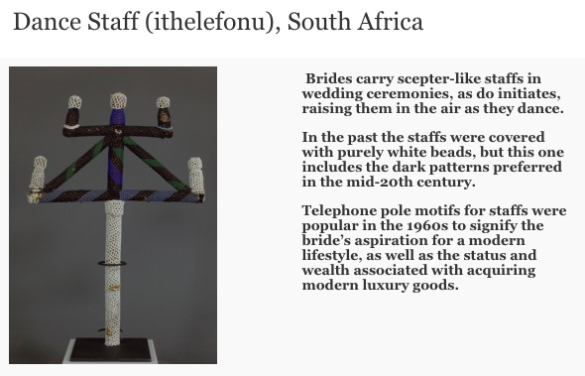 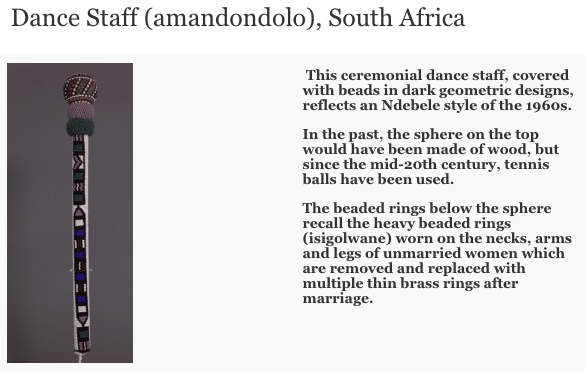 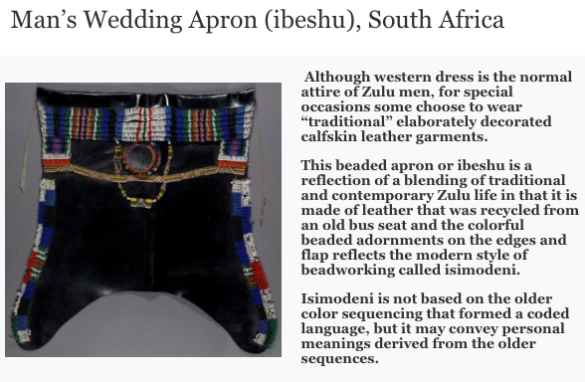 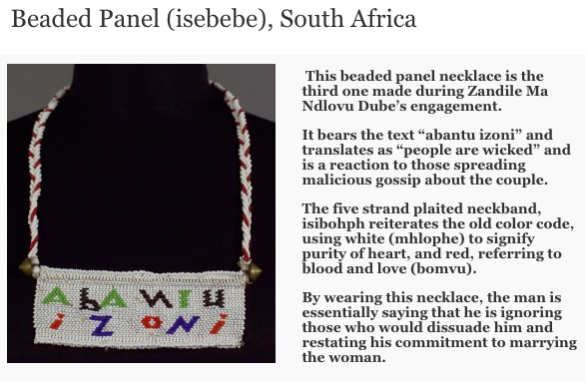 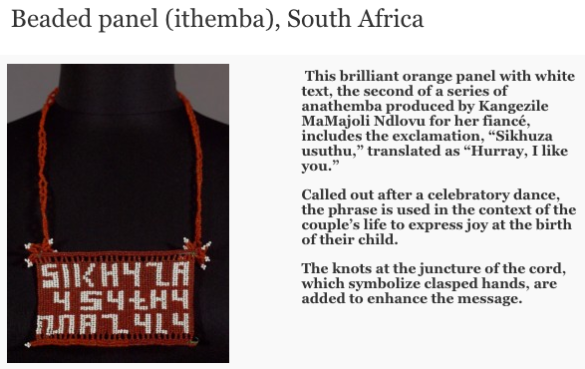 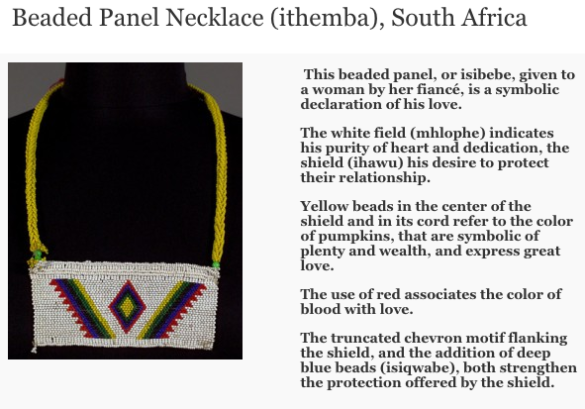 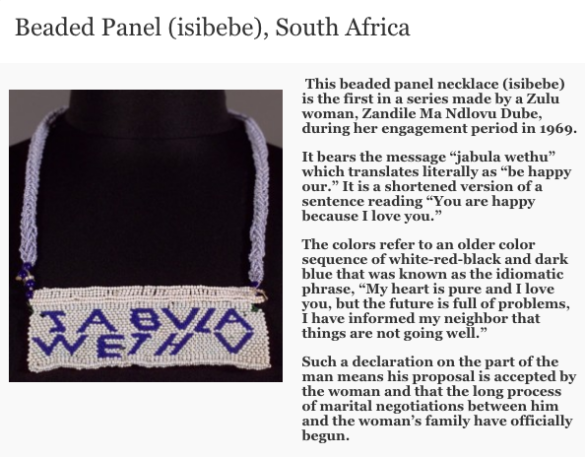 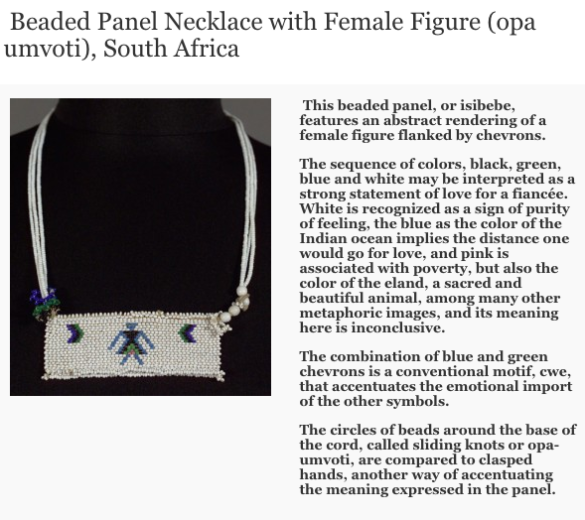 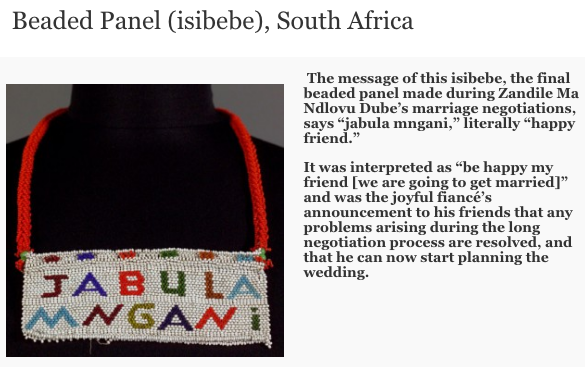 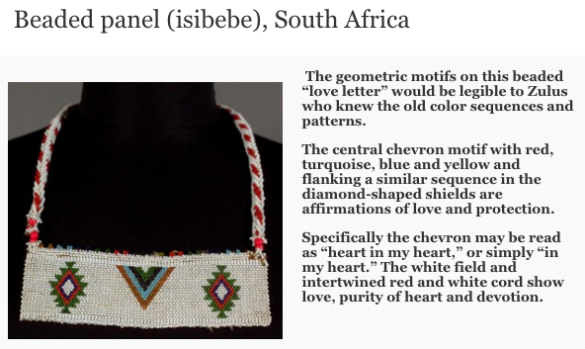 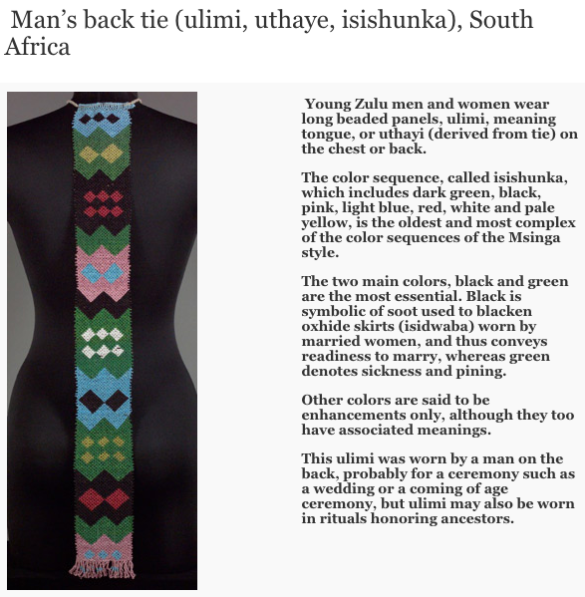 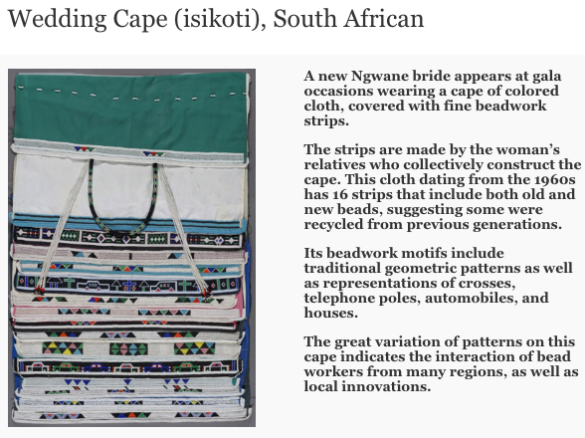 Contemplating Afrofuturism and the ideas of destin

At the source... Johannesburg! #beadwork #wearable

3rd in The Untold Story earring collection that at

Part of The Untold Story Earring Collection. An at

Quilts were hung on the clotheslines and windowsil

A piece of jewelry (cuff bracelet) to be worn as a

From the hands of skilled and creative artinistas!

Sistersource will be restocking its Etsy store wit

A flowing abundance of red, black and white beads